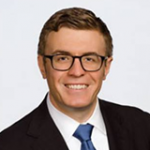 Mr. O’Meara specializes as a municipal advisor, advocating for charter schools and healthcare organizations throughout country. Prior to becoming an advisor, he was an investment banker at BB&T, where he oversaw the western region, as well as a banker at Wells Fargo. He has managed over $500 million in charter school financings, including $250 million on behalf of Colorado charter schools, and more than $2 billion in transactions for other governmental and 501(c)(3) organizations.

In addition to his career in finance, Mr. O’Meara has served on several charter school boards. He was a founding board member for Montessori del Mundo, a dual language charter school in Aurora and was also on the board of directors at Rocky Mountain Classical Academy in Colorado Springs. He is board treasurer of Ricardo Flores Magon Academy, which recently was awarded a $15.6 million BEST Grant in 2018.

Matt earned a B.A. from the University of Notre Dame in South Bend, Indiana. He is a Series 50 registered municipal advisor representative. Previously, while acting as an investment banker he held the Series 7 and 53 FINRA designations.

Trouble Understanding Your Continuing Disclosure Responsibilities? We Can Help!